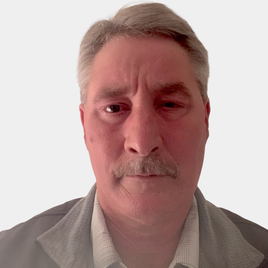 I'm a clairvoyant, no tools, psychic that only needs to connect to you through either voice 🗣 or energy🧘🏻.

As a child born with blindness in one eye and deafness in one ear I always felt different than other kids.

As i grew older, I began to really understand that difference soon after due to a traumatic event in my life losing my partner and father in the same day. I became abruptly aware of the extent of my gifts though I have known I was different just not how or why since around 10 years of age.

Through a chat program a friend introduced me to I began to ask questions, I had several mentors that taught me how to fine tune or open up.  Later I began reading at locally for friends and their friends. During that time i absorbed everything i could about the  phenomenon called psychic ability.

I began to see visuals, some where like still pictures 🏞some were almost like a 🎞video played in front of my eyes.  Later I began seeing symbols శಶശཚ➿, numbers 🔢and shapes.  I spent some time in Australia learning  how to understand and interpret what i was seeing. During that time I became fascinated with remote viewing and began work to fine tune the skill. Another skill that is a passion of mine is Psychometry.

I'm confident we can achieve clarity to your situation, whether it be in love 💕, career 🧑‍🎓or maybe something else you have concerns and/or questions about.

19 yrs. of experience as a Clairvoyant Psychic and remote viewer.

I began reading for friends and associates through a video, chat program. About two years later I began reading at local psychic fairs and expos.  Have also appeared on radio and stage as a guest speaker.

Around 2003, I began working professionally on online platforms.  During that time, I traveled to local and regional fairs and expos.  Appeared as a guest speaker on several occasions at local psychic meetings and events while in the Seattle area. I am currently on several online sites as well as app-based venues. Have volunteered my services to local law enforcement and missing persons groups at the family’s request.