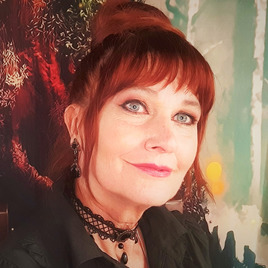 I read cards the “old Celtic way” with a regular 🎴deck of playing cards. The numbers 🔢and patterns ⠛⠮ trigger my ability to see deeper into your life circumstance and offer clear, concise solutions to navigating life's ups and downs.

My readings are honest, non-judgmental, and empathetic with sprinkles of 🙂good humor added to the mix. I will also be offering Pendulum and Lenormand Card readings as well.

My grandmother was very gifted with the Pendulum and able to predict the Luftwaffe air raids and house to house searches by the SS when France was under Nazi occupation and it is from her that this gift was passed down. The Lenormand cards are named for Marie Anne Adelaide Lenormand who was the personal reader for Empress Josephine and sometimes for Napoleon Bonaparte. They are not Tarot cards but a highly specific pictorial French deck.

All of my methods and gifts of divination may be ancient but they are timeless in their various applications. They transcend time and are easily understood with modern relevancy. There is no such thing as a “bad: reading.

Life is filled with 🆙ups and ⤵️downs and I cannot tell you what you want to hear but I can tell you what is there and help you navigate your path. You are always in control.

Remember, time is not static but a mutable current of ever-changing events.

I have over 35 years of experience reading with playing cards which are also known as 🎴Cartomancy. I was taught to read the cards the Sicilian way by one of the top readers in New York City. His family came from a long line of highly respected Sicilian readers.

I also owned an Herbal Apothecary, Metaphysical formulary, and Bookshop in New York City where I conducted my pendulum and card readings. I have been featured in 📰🗞“The New York Times, Chicago Herald Tribune, British Elle, and many other publications. I was also featured twice on MSNBC and filmed by In Familia which was the Good Morning America of Italy.

Besides being highly gifted with the Pendulum my grandmother was a very adept herbalist and made medicine that was smuggled into the Prisoners of War Camps during the Nazi occupation of France. 🌿Herbs and 🦋their spirits have always been close to me and her spirit is with me always.